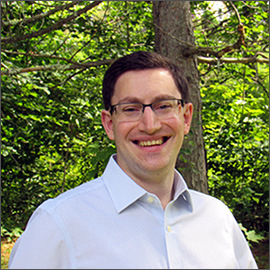 Colin S. Levy is not your typical lawyer. Far from it.

For starters, he has had an unusual career path. He graduated from law school during the tail end of the Great Recession. He never wanted to work in Big Law and despite the challenges of finding an in-house law job straight out of law school, that is precisely the challenge that he took on. It took him two years to find his first permanent in-house opportunity.

During this two-year journey, he witnessed the good, the bad, and the ugly of the legal profession. One of his key takeaways was the lack of technological aptitude of the lawyers he worked with with the exception of the legaltech startup that he worked for.

During Colin’s in-house career, he has worked for companies of many sizes ranging from a startup to global manufacturer to multiple technology companies. Colin has focused his efforts on working for companies that have been in unique industries where business, technology and the law meet. During his time working for these companies, he started to write and publish his thoughts about what he was learning as an in-house attorney. He started to hear about this “legaltech” world where lawyers and others were seeking to use technology to automate some of their work.

Colin started having conversations with some of these atypical legal professionals and he was hooked on learning more. He then started to supplement his published thoughts on in-house work with interviews of some of these individuals. Colin became obsessed with legaltech and educating others about it and advocating for its further adoption by the legal industry. He sees technology as serving to inspire new ways of innovating, performing, and delivering legal services. Legaltech is one means by which the legal profession is being brought into the 21st century.

As a strong advocate for collaboration and the sharing of knowledge, Colin heartily welcomes conversations with anyone who may be interested in learning more about becoming an innovative lawyer, who want to explore what legal tech is about or simply those who may already share a passion for legal tech. Feel free to find and connect with Colin via this website or via his Twitter, Facebook, or LinkedIn accounts.

Photo on this page taken by Jared Boesse.